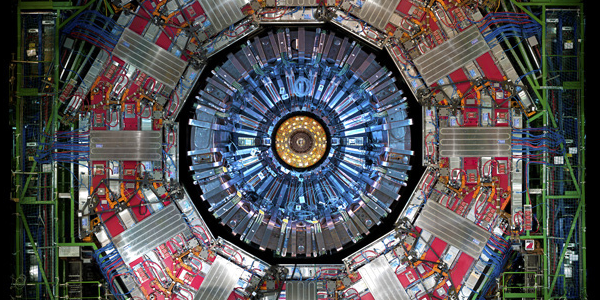 The world’s largest and most powerful particle accelerator, the Large Hadron Collider, lies 100 meters beneath the border of France and Switzerland. This 28 kilometer lab was one of the largest and most complex engineering projects ever undertaken, bringing in thousands of engineers from over 100 countries around the world. The ring consists of superconducting magnets with a number of accelerating structures to boost the energy of the particles along the way. The interior of the ring’s tunnel is the emptiest place in the entire solar system. It was built by the European Organization for Nuclear Research (CERN) from 1998 to 2008. It is currently offline but is expected to go on again in 2015 after various improvements that will allow scientists to solve more mysteries of the universe.

The awe-inspiring Three Gorges Dam is the world’s largest hydropower project. Stretching more than 1.3 miles wide and 600 feet tall, the dam’s 32 main turbines are capable of generating as much electricity as 18 nuclear power stations and it’s built to withstand a magnitude 7.0 earthquake. It has a reservoir that controls flooding on the Yangtze River basin and allows 10,000-ton ocean freighters to sail into the interior of China six months out of the year. While it has played a positive impact on China’s economic ascension, the dam resulted in the displacement of over 1.3 million people; erosion of the reservoir and downstream riverbanks is causing landslides and the destruction of numerous historical sites.

Gotthard Base Tunnel, Switzerland to Italy 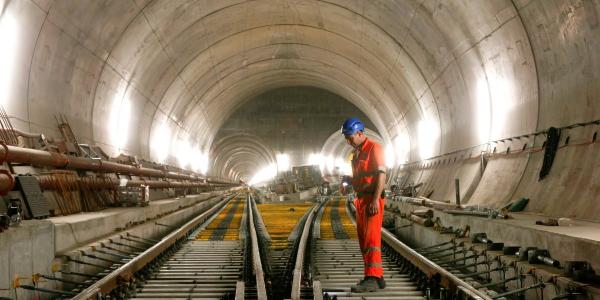 Expected to open in 2016, the Gotthard Base Tunnel will be the longest and deepest underground tunnel ever constructed. Drilled beneath the Alps, the tunnel will reduce travel times between Zurich, Switzerland and Milan, Italy while at the same time relieving the bottleneck of commercial and passenger traffic that clogs existing mountain highways and train lines. It consists of two single track tubes that are connected every 325 meters by cross passages. Over 2,500 workers spent 14 years to connect the two ends of the tunnel. 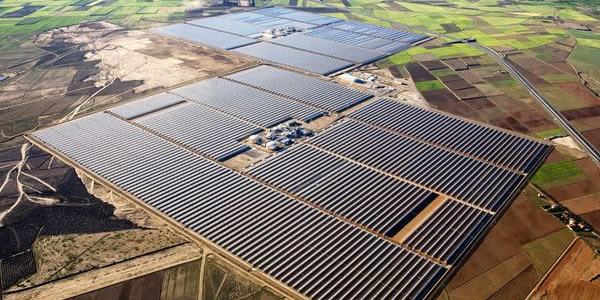 Andasol is the world’s largest solar power station, located in Andalusia, southern Spain. The plant consists of more than features 600,000 mirrors spread across 126 acres of land. It uses tanks of molten salt to store solar energy so that it can continue generating electricity even when the sun isn’t shining. Power is generated by converting solar radiation into heat energy. The first parabolic trough solar power plant in Europe comprises of three power plants. Approximately 450,000 residents in Spain are supplied with environmentally friendly solar power from this plant. The plants comprise of solar fields, thermal storage systems, heat exchangers, steam turbines, generators and condensers. The Andasol plants also use a dry-cooling system to reduce significant water consumption. 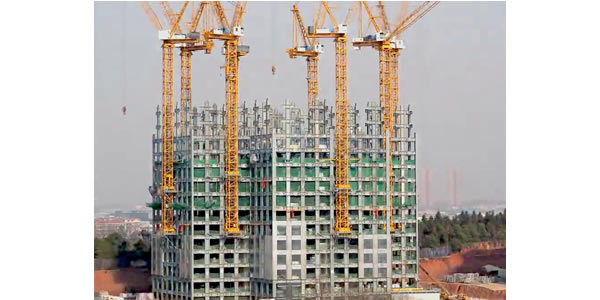 Completed in just 360 hours, the T30 hotel is located in the Lin Gang Industrial Zone in Xiangyin County. 30 floors tall, the five-star hotel used a new structural system design through prefabrication construction techniques. Furthermore, the building is 5 times more energy efficient than others in the region and generates a fraction of the waste. It also has the capacity to withstand an earthquake that measures up to 9 on the Richter scale. Building costs were cut down by 99 percent and higher-quality materials were used for insulation and other systems, dramatically cutting down on energy demands. The building features external solar shading, superb energy efficiency, a heat recovery system, and a state of the art air purification system makes the air quality inside the hotel 20 times better than it is outside. 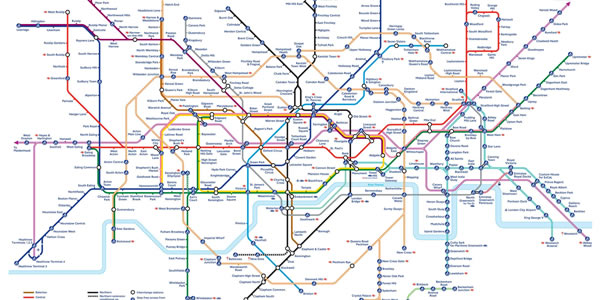 Named Europe’s largest civil engineering project, Crossrail is a new high-frequency, high-capacity railway that will create an accessible link between Heathrow Airport, the West End, the City of London and Canary Wharf. With nine new stations to build and over 42 kilometers of new underground tunneling to complete, the project will weave through existing underground lines, sewers, utility tunnels and building foundations from station to station. One of London’s most ambitious transport construction projects, the Crossrail is the first complete new underground line in more than 30 years. Providing a 10% increase in London’s rail capacity, it will relieve congestion on many existing rail and Tube lines as well as bring 1.5 million more people across London within a 45 minute commute of the key business districts. 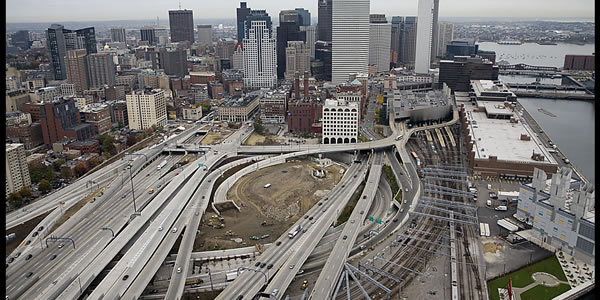 Also known as the Central Artery or the Third Harbor Tunnel, the Big Dig was one of the most challenging and complex construction projects ever undertaken. In a bid to battle the city’s appalling traffic, a plan was laid out to relieve traffic congestion and make it easier for commuters to navigate the city. The challenge was to build a superhighway beneath an active, but aging, six-lane elevated highway and add a third tunnel beneath Boston Harbor; all while working within complex subsurface geology and applying advanced engineering solutions. The project has been plagued by various controversies ranging from criminal arrests, escalating costs, leaks, poor execution and use of substandard materials. 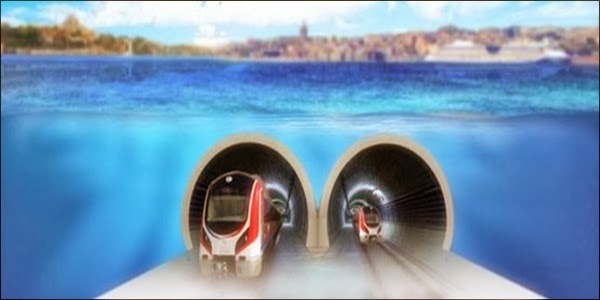 Currently one of the largest transport projects in the world, The Marmary Project has four main components covering the underwater railway tunnel, improvement of the Gebze-Haydarpasa and Sirkeci-Halkali suburban railway lines, electrical and mechanical works, and the procurement of new rolling stock. It has a 13.6 kilometer long tunnel that will cross under the center of Istanbul and under the Bosporus Strait to connect Europe and Asia. It also includes an upgrade of existing commuter rail tracks on both sides of the city. The underwater railway tunnel will be the deepest immersed structure in the world when it is completed. 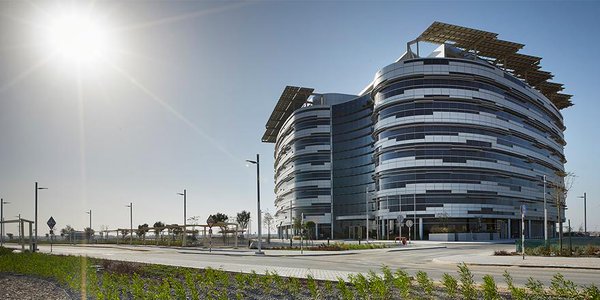 Currently being constructed in Abu Dhabi, Masdar City will be the world’s first zero-carbon city, highlighting renewable energy technology. Banning all automobiles, the city will rely on public mass transit and personal rapid transit systems, with existing roads and railways connecting to other locations outside the city. The biggest solar farm in the Middle East has been constructed to power the city. It will also boast innovative recycling of water and a wind farm. 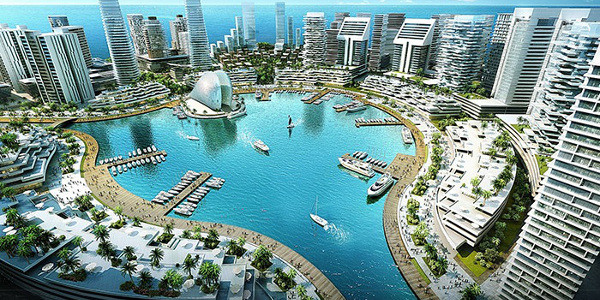 One of the biggest ongoing construction sites can be found in Lagos, where a city designed to hold 25 million people by the year 2015. The Eko Atlantic City is designed to restore land engulfed by the sea and transform it into an amazing ocean-front city. Set to transform Lagos into a mega-city state, the planned residential and commercial property development will ease the current pressure on the exhausted infrastructure and overpopulation of the city. Dubbed as the ‘African Dubai’ it will feature luxury flats, several marinas, commercial centers and offices.