Engineering Sectors with the most positive Projections

With energy and mining industries in the United States expected to keep growing, the future is bright for those in or seeking to gain employment in these sectors. Oil, natural gas, coal, nuclear, solar wind and geothermal industries all play a significant role in providing energy for the nation.

Strong current and future demand for qualified energy and mining workers will continue to make the jobs in these industries very high paying, relative to jobs in other industries. The available workforce estimates for the energy and mining industries are summarized below. When they exist, workforce projections are mostly short term and carry significant uncertainty. Projection time frames also vary considerably among the different sources. For examining energy and mining employment, BLS data have limitations as described above. They are helpful for an overview of the mature industries, but it is currently infeasible to examine the workforces of the emerging industries (solar, wind, geothermal, and CCUS) using BLS data. Available data are summarized by industry as follows. 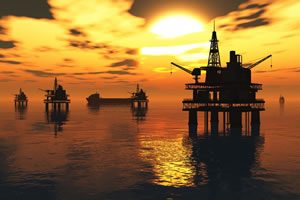 The boom in oil and natural gas exploration and production has spun off two major challenges: global competition for available workers and a large number of retiring professionals, shrinking the pool of skilled and experienced employees. Oil companies are parting with large sums to draw and retain skilled workers as they face off against other international establishments that offer attractive incentives. Furthermore, a large portion of the existing workforce is less than 5 years from retirement. While demand for skilled and oil gas workers is expected to grow at all levels, the future source of workers to replace the retiring population remains in question.

Some of the engineering jobs available in the nuclear power industry include: civil/structural, electrical, materials, mechanical, nuclear and computer. According to NEI survey data, the demand for engineers by degree for the commercial nuclear power industry is: 47 percent mechanical; 20 percent electrical; 10 percent nuclear; 4 percent civil; 3 percent chemical; 1 percent health physics and radiation, 12 percent other disciplines, and 3 percent uncertain.

BLS estimates employment in the nuclear electric power generation industry to be about 56,800 (2010; 93 percent in the private sector), and no future projections are provided by BLS. The U.S. nuclear power industry is in a transformational state, and the future of nuclear power plant construction is difficult to predict. The most optimistic scenario (nuclear power continuing to supply 20 percent of U.S. electricity) has the potential for 287,200-359,000 man-years of labor for building new nuclear units, and 8,000-17,500 jobs to operate them, with additional jobs for maintenance and outages.

Although difficult to estimate, jobs will exist in other industry sectors not directly affected by plant construction. Other workforce challenges faced by the U.S. nuclear industry are the basic education and skill levels of the youth that form the pool of potential future workers, the insufficient number of students entering engineering programs to adequately support the projected coming needs, the potential for an insufficient number of educators to meet the demand for properly prepared future workers, and the inability to fill nuclear workforce vacancies with foreign workers. 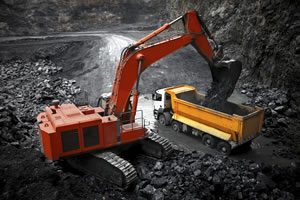 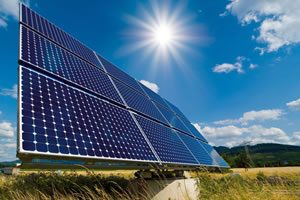 California leads all other states in terms of U.S. solar activity, jobs and establishments. The other top 10 states include: New Jersey, Pennsylvania, New York, Arizona, Texas, Florida, Colorado, Massachusetts, and Ohio. The Solar Foundation estimates that there are about 119,000 solar workers (2012). A National Renewable Energy Laboratory study indicates that, if the solar development defined in its SunShot scenario6 is achieved, 290,000 new solar jobs could result by 2030 and 390,000 by 2050. EIA projects strong solar market growth through 2035.

While the Bachelor of Science in engineering will provide a strong foundation for graduate school, the professional master’s degree is a very attractive alternative for those desiring to combine the strong aspects of a master’s of business administration degree with solar engineering. Such a combination will provide an excellent background for project development, project management, solar business administration and management. 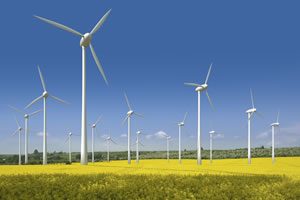 There are many different kinds of engineers who can work in this field: aerospace, civil, electrical, electronics, environmental, health and safety, industrial, materials, mechanical, and engineering technicians. To gain entry in this industry, an engineer requires a bachelor’s degree or higher.

The challenges that plague the wind industry are similar to those across other energy sectors: lack of skilled workers, an aging workforce set to retire in the next ten years and the ability to develop qualified professionals to meet the current market demands. 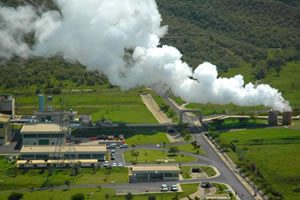 The Geothermal Energy Association estimates that the geothermal industry supports about 5,200 direct jobs and the total direct, indirect, and induced impact of geothermal energy represents about 13,100 jobs (2010). The EIA projects healthy growth for geothermal power generation and the number of residential geothermal heat pumps through 2035.