America’s 2013 Infrastructure score is a D yet again

British troops stationed in Afghanistan are flying spy drones so tiny that they would easily be passed off as toys.  The latest intelligence gathering device named the Black Hornet weighs just 16grams and measures only 4 inches.  The Black Hornet is propelled by two helicopter blades and carries a steerable camera used to records still and video imagery.

The device is intended to precede  soldiers before an attack.   To avoid blind attacks on intended targets, the Black Hornet is used to to determine where enemies are hiding and where their weapons are situated. Soldiers are then able to explore exposed areas before sending soldiers into harm’s way.  A soldier downloads imagery to a personal device and a hand held mouse like device steers the helicopter. 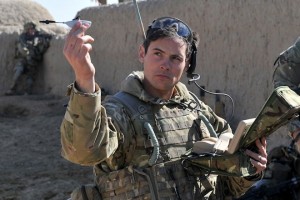 One of the advantages of the Black Hornet is that it is designed to be a single user data collection device. Unlike other similar devices developed in the past, its actionable imagery is transmitted down to a personal device that looks like a video game screen.  Miniaturized military devices such as these allow individuals or small groups of soldiers to more quickly gain intelligence than if they had to rely on the larger drones that take more time to deploy and require a team of people to operate.

One question remains though on the future of such devices and their application in non-war situations.  Would such a device be fitted with a chemical that would be sprayed on a target? Only time will tell.

Shares of Jacobs Engineering rise following an upgrade by JPMorgan