Engineers Who Changed the World in the Past 200 Years

There are thinkers and there are doers. Engineers are both since they possess the skills, knowledge and innovative capabilities to change world views. The following are some engineering greats who have facilitated mankind with inventions that speak for themselves: 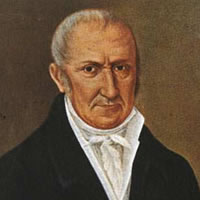 Yes his name can be a mouthful but that can be forgiven if we take his invention into account: the battery. This small device packs quite a punch in the form of vast amounts of electrical energy. Invented in 1800, the battery has allowed us to facilitate modes of communication, entertainment and thousands of other day to day tasks and items. Just think. Without batteries we would be deprived of laptops that allow us to take our work with us, smart phones that have taken communication to a whole new level and cars that don’t need to be cranked to start. 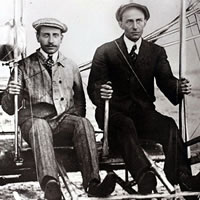 Charting the skies has been made possible with the effort of two engineering brothers: Orville and Wilbur Wright. Known famously as the Wright brothers, the pair created the first ‘flying machine’. Granted, they were not the first ones to create an experimental aircraft, but they were the first ones who made wing powered flight a possibility.
From the beginning, the Wright Brothers made it their personal mission to create controls that could be manned. This ambition translated into their main breakthrough i.e. the three axis control which is basically how pilots are now able to steer planes and prevent it from careening mid flight. Since most aviation enthusiasts were focused on creating powerful engines that could take these behemoths to the air, steering them was the least of their concerns. However, Orville and Wilbur Wright honed in on this need and collected as much accurate data as they could before designing their unique wings and propellers. That is one of the reasons why their first patent does not point to the invention of a flying apparatus; it refers to aerodynamic control rather than an aircraft. 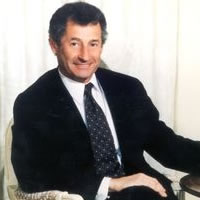 The only reason you are able to read this article and send online messages is because of the efforts of Dr. Leonard Kleinrock. Why? While still a student at MIT, he came up with the concept of packet switching, the system that more or less lead to the invention of the Internet. Using his theories, Kleinrock participated in an experiment to send the first online message which after a few tries was a huge success (the message was ‘login’ by the way). Yes, thanks to this man, we can send messages across seas, chat with loved ones leagues away and don’t have to slog to the library each time we get an assignment.
Yes, there are thousands of engineers who have changed the world over the course of history, but few have managed to alter reality or streamline communications. Without their efforts, we would not have been able to interact with the world as seamlessly or be privy to the various wonders it has to offer.