10 Top Smart Cities of the world

The world’s urban population is expected to double by 2050 as more and more people move into cities every day. Over the next 20 years, the equivalent of 7 cities with more than 10 million people will be added every year. This has placed a lot of pressure on available resources as cities are faced with challenges on energy, environment and climate. To improve on the efficiency of operations, the quality of life for its citizens and growing the local economy, cities are becoming more resource efficient, consumer-focused and technology-driven. A sustainable and smart city combines technological issues with societal dimensions that include economy, mobility, environment, culture and governance. Some of the top smart cities in the world are listed below: 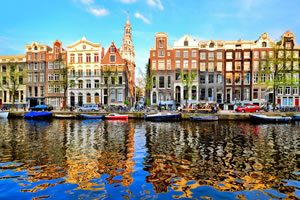 Pioneering ahead as the role model for European cities striving to become smart city savvy, Amsterdam has poured in billions of euros to invest in smart technologies. A smart-city platform, combining institutions and infrastructure, helps businesses and citizens develop and test green projects.  Amsterdam’s department for infrastructure has developed innovative products and services in the field of mobility, making available data on traffic and transportation to interested parties that include parking availability, taxi stands and cycle paths as well as live traffic updates. Developers and entrepreneurs are creating apps to improve the flow of people within the city such as Appening Amsterdam, a device to find out where to go on a night out and Drive Carefully, an app which alerts you if you are driving near a school. If you take a walk down “Climate Street” you will see nonpolluting electric trucks collecting trash and city bus stops and billboards powered with solar energy. Thousands of households and businesses have had their roofs retrofitted with energy efficient insulation cutting down energy costs. Electric power outlets allow river going vessels to recharge their batteries rather than using high polluting diesel generators. Several homes have been upgraded with automatically dimming light switches, automatic shutting off appliances, smart meters connected to cell phones and ultra-low energy LED lights. 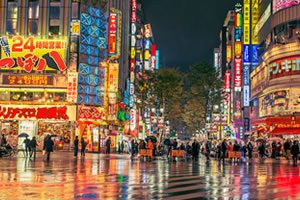 Aspiring to be a world leader in smart grid and smart technology, Tokyo has set out plans to make the amount of energy used by office buildings and houses more visible to the users, and popularize energy management systems that make it possible to efficiently control energy. Japan’s biggest companies such as Panasonic, Mitsubishi and Sharp are taking up charge to infuse smart technology to revolutionize the city. Panasonic have built an eco-village that focuses on renewable energy and ultra-efficient appliances. The zero carbon emission village encourages telecommuting to reduce on carbon dioxide emissions. Home automation systems have been installed to predict weather forecasts and determine the best time to do laundry. Next-generation fuel cells combined with solar power generators actually create electricity autonomously. 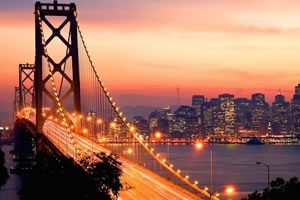 Named the Greenest City in the US and Canada Green City Index and the Cleantech Capital of North America, San Francisco continues to set the way for sustainability and innovation. The city has set up goals to decrease their carbon footprint by increasing power from renewable energy and the grid is currently powered with 41% renewable energy. The smart grid employment sector has grown 130%. To achieve their goal of zero waste by 2020, they have extensively expanded their recycling and the city’s current waste diversion stands at an impressive 80%. San Francisco currently has 110 public EV charging stations, the highest per capita of any city. The city has also developed apps for visually impaired citizens to navigate public transportation and another to show bikers and pedestrians the best routes through town. There are already more than 60 software apps in public transportation alone. 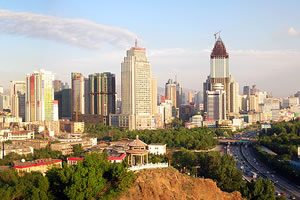 Information technology is being infused in every aspect within the remote oil town of Xinjiang. There is an electronic screen at every bus station displaying bus arrival information. Also, all mobile devices are connected to the bus system, allowing users to access mobile apps to check on exact arrival times. Public traffic cameras are also accessible via mobile phones, assisting in real-time traffic monitoring. Mobile phone infrastructure in this city is at 170%, making the city very connected to the smart hub. The Social Security system is designed in a manner that allows city officials to determine the number of unemployed people. The government is able to know in real-time the occupation and unemployment status of its residents, freeing up government workers to focus on other issues and work more efficiently. 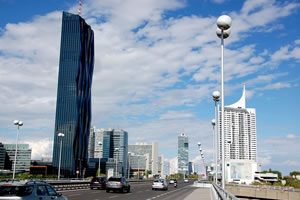 According to the International Association of Public Transportation, Vienna has the best performing public transport system in the entire world. Over 90% of the city’s residents have easy access to public transportation with a smartcard system in place which automatically calculates fees for any mode of transportation automatically. At 14% renewable energy use for the city, it is one of the greenest cities in the world and a major European player in smart technologies. The Federal Ministry for Transport, Innovation and Technology’s has invested in e-mobility, an intersection of environmental protection and individual mobility. Austrian researchers and companies are developing and implementing key technologies for future-ready transportation. Vienna also has Europe’s largest biomass power plant and aims to have 300,000 m² solar panels installed by the year 2020. 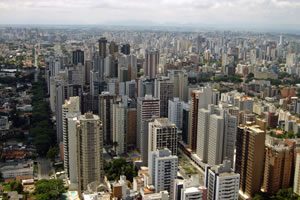 The greenest capital in southern Brazil, Curitiba has a network of almost 30 parks and urban forested areas. 70% of Curitiba’s waste is recycled by the city’s inhabitants. The city’s program of building electronic libraries for poorer residents has become a model for developing cities worldwide. The city introduced a Green Exchange employment programme that allows low income families to exchange their rubbish bags for bus tickets and food. Children can also exchange reusable waste with school articles, chocolate, toys and tickets to entertainment events. It is famous for its rapid bus-based transit, used by 70% of its residents, and its balanced, diverse economic development strategy. The residents are actively involved in the green city’s development. Curitiba has an open university that educates the city’s inhabitants on environment protection. Old city buses are used as mobile schools to teach the population about sustainability. 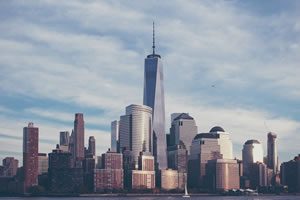 The city of New York and Cisco have collaborated and launched an interactive platform to deploy a network of technologically advanced, publicly accessible touch-screens on neighborhood streets. They have converted old public phone systems to provide internet access for all its residents. In addition to supplying information about local events, neighborhood news and entertainment listings, City24/7 Smart Screens keep people safe by providing security alerts. These smart hubs have NFC technology and Wi-Fi capability. Multiple mobile apps are readily accessible connecting New Yorkers to city information. Content is also fed directly to mobile and web platforms, drawing in entrepreneurs and investors. New York has now created a hub of smart technology with more than 1300 open data sets that can be accessed by software developers. 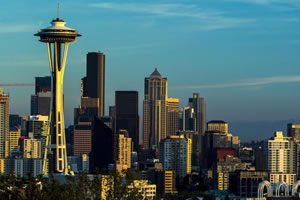 A national leader for innovative green building practices, Seattle has the lowest electricity rates of any comparatively sized city in the nation. Residents who meet income qualifications get free green weatherization services that include insulation in attics, walls, pipes, windows, and more. This helps the city save money on wasted electricity. The city also offers tax breaks for businesses and homes using green technology. The demand for energy efficient construction is high, creating thousands of green jobs within the city. Seattle also has some of the lowest carbon emissions per capita in the United Sates. 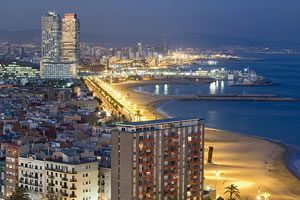 In 2008, Abertis Telecom, which is leading group in the terrestrial telecommunications infrastructures and services sector in Spain started working with the local government in Barcelona to make the city smarter. To date, residents have access to 469 free Wi-Fi spots and Abertis has developed Spain’s first smart zone. This project focuses on testing technology and developing services and solutions that lead to more comprehensive city management, including electric vehicles, parking, mobility, waste management, emergency response, energy usage, and security. Barcelona is also a pioneer in low carbon solutions, being among the first cities in the world to introduce a solar thermal ordinance a decade ago. It also recently launched the LIVE EV project to promote the adoption of EVs and charging infrastructure. They have EV charging stations, sensors on trash and recycling bins to minimize costs and the environmental footprint for city waste and recycling collectors, water sensors in parks to ensure water is used more intelligently and sensors on streetlights that detect movement. 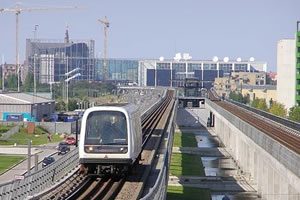 Copenhagen is considered one of the smartest cities on the planet. A leader in sustainable innovation, the city has committed to carbon neutrality by 2025, accelerating its green technology revolution. A testing ground for green technology, Copenhagen has attracted several innovative companies. With 40% of its citizens commuting regularly by bicycle, the city ranked number one in Europe on the Siemens Greenest City Index. When there is no traffic on the streets the street lights turn off. Air-quality meters have been integrated in lamp posts throughout the city to monitor pollution trends. They also have intelligent street lighting, solar panel powered public areas, and public transportation systems. Apps for finding available parking spaces throughout the city, smartphone connected smart electricity meters four homes, and an incredible network of shared bicycles all make Copenhagen very cutting edge.