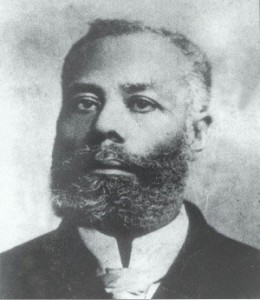 Elijah McCoy is an Engineer and an inventor with over 50 patents to his credit. He was born in Colchester, Ontario, the son of fugitive slaves who had escaped from Kentucky through the Underground Railroad. At age 15, McCoy traveled to Edinburgh, Scotland for an apprenticeship and study, and was certified as a mechanical engineer before returning to the US.

He worked in Michigan in a home-based shop, where he developed inventions and improvements on them. He obtained his first patent On July 12, 1872, for his automatic lubricator for oiling steam engines on locomotives and ships, an invention that greatly benefitted the railroad industry by enabling trains to run more efficiently. (U.S. Patent 129,843).

Recognized by Booker T Washington’s The Story of The Negro as having produced more patents than any other African American inventor up to that time. Continued inventing throughout his life and obtained 50 patents for lubrication and a number of others including household items a folding ironing board and a lawn sprinkler.

In 1920 he formed the Elijah McCoy Manufacturing Company.

Archimedes | Back – Next |  Gustave Eiffel

Previous 3 Questions for an Engineer
Next Profile Engineer: Gustave Eiffel