It was the decade of highs and lows, a time of great optimism and deep uncertainty. Outside engineering, the past decade was as chaotic as it was promising. A global recession saw many engineering projects held as more engineering companies folded. Meanwhile, engineering projects in some countries were in full throttle, with some impressive projects ending and commencing in that decade.

The projects below are our carefully researched list of some of the most interesting projects that commenced ended between 2000 and 2010. Notably three of the entries are from China, which led the world with several of their projects pushing engineering boundaries over the last ten years. The rest equally, pushed engineering boundaries and are equally impressive in their own right.

The Millau Viaduct is presently the tallest vehicular cable-stayed road-bridge that spans the valley of the river Tarn near Millau in southern France. The height of the bridge is an impressive 1,125 feet, 62 feet taller than the Eiffel Tower. The bridge was opened in December 2004 and crosses the Valley of the River Tarn close to Millau in the South of France. 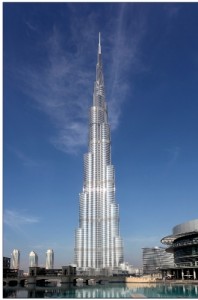 The Burj Dubai, which was christened Burj Khalifa at its Jan. 4, 2009 opening, achieved instantengineering marvel status before it even opened. This is not because it was long projected to achieve the world tallest building status upon completion, but because the height proposed has never before been attempted, and especially not in the type of environment it now sits on. The construction of Burj Dubai therefore necessitated the the building be designed to withstand the tough and windy terrain, plus the projected human demands of the building.

The dam is located near the mouth of the lowest of the Three Gorges, where the current was divided in two by an island. In November l997, the first stage was completed with the blocking of two-thirds of the river’s width. The waterleaves had risen l8 metres (59 feet) by the end of l998, will rise a further 52metres (171 feet) by 2003, 30 metres (98 feet) more up to 2009, and a final ten metres (33 feet) that year, when the dam will come into operation. Smaller ships will use a single stage lift, and larger ones a stair of five locks. The waters in the Three Gorges will rise a total of l l0 metres (36l feet), gradua1ly changing the scenery forever.

On our recently featured compilation of the top 10 most impressive engineering projects, the Boston Big Dig project made it at number four, well ahead of The Millau Viaduct and The Channel Tunnel. What impressed us most about this Boston wonder was the audacious approach to solving a congestion issue. Where most people would have been content with wider lanes or maintaining the status quo, the project engineers sought to go under the city, marking the beginning of one of the most complex and technologically challenging highway projects in the history of the United States.