With on-going challenges to utilise depleting resources efficiently and effectively, engineers worldwide are turning to nature for inspiration to develop innovative designs. A hot trend right now is biomimicry, an integrative field which mimics functions in nature and the mechanisms behind them to provide solutions to human problems. Animals, plants and microbes are the world’s greatest engineers. Their approach to problem solving is now widely being implemented in building design, technology, renewable energy and many other fields. Some of the most popular projects in engineering that implement biomimicry are: 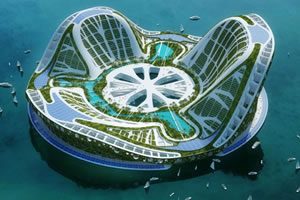 Undoubtedly an ambitious project, the Lilypad seeks to be a completely self-sufficient floating city that will bring shelter to future climate change refugees. Drawing its inspiration from the highly ribbed leaf of the great lilypad of the Amazonia Victoria Regia, the city is also called the Floating Ecopolis and is designed to hold approximately 50,000 people. Designed by Vincent Callebaut, the Lilypad is a concept proposal to deal with the effects of global warming and the displacement of inhabitants who reside along the coastal lines. The double skin of the ecopolis is made of polyester fibres covered by a layer of titanium dioxide which would react with ultraviolet rays and absorb atmospheric pollution. It will also implement renewable technologies allowing it to produce more energy than it consumes. A centrally located artificial lagoon completely immersed below the water line will be surrounded by three marinas and three mountains to act as a stabilizer for the city. Biotic corridors and aquaculture farms would be used to grow food and biomass. Each city is intended to be either near a coast, or floating around in the ocean. Expected to be a reality in 2100, the project still has a very long way to go and may come in too late for climate change refugees.

The ability of the cactus plant to survive in harsh desert climate inspired the new design for Qatar’s Minister of Municipal Affairs & Agriculture (MMAA) building. Borrowing from the plant’s ability to transpire at night rather than the day in order to retain water, the building is covered with hundreds of smart shades that open and close depending on the strength of the sun.  There is a dome at the base of the building that is home to a botanical garden which has an edible garden and uses plants to clean up waste water. The waste water passes through three different ecological systems that process and filters it in different ways. The botanical dome is also used for climate and air control, as well as a sustainable food source. 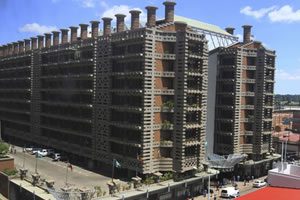 Termites are reputed to be one of nature’s best builders, erecting tall mounds and maintaining a constant temperature inside despite the external weather conditions. How do they perfect a system of a self-cooling ventilation system? The largest office and shopping complex in Zimbabwe, the East Gate Centre, borrows from this marvel having no air conditioning yet remaining cool. The East Gate Centre, largely made of concrete, draws in outside air that is either warmed or cooled by the building mass. Vented into the building’s floors and offices, the air exits through the chimneys at the top. The complex also consists of two buildings side by side that are separated by an open space that is covered by glass and open to the local breezes. Minimizing its heating and cooling energy by 90%, the owners of the building were able to save up to $3.5 million for a $36 million building. 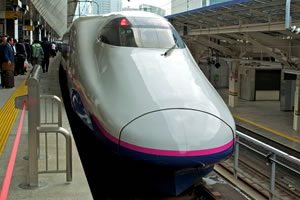 One of the fastest trains in the world, Japan’s Shinkansen bullet train travels at over 200 miles per hour. It is also the world’s busiest rail line, serving over 151 million passengers in a year.  However, the engineers of the train faced a major challenge. When the high-speed train would pass through a tunnel, a cushion of air would build up and pushed along in front of the train. As the train would exit the tunnel, this compressed air would suddenly expand with a loud sonic boom. Eventually the engineers redesigned the model, borrowing from the kingfisher which is capable of diving from air into water seamlessly. The train’s nose cone is modelled after a kingfisher’s beak, creating a much quieter train. Not only does it help the train go faster but it also uses 15% less energy. 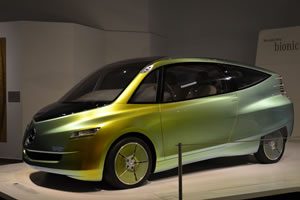 The tropical boxfish lives in warm ocean waters.  While it has a rather large body, the fish is able to swim very fast because of its low coefficient of drag and rigid exoskeleton. Looking for a new aerodynamic design for a car, the designers set out to model a new vehicle, applying characteristics of the fish to the car. The result was a vehicle that recorded the lowest co-efficient of a drag ever tested. The Bionic Car was able to reach a top speed of 118 miles per hour.  Not only did the aerodynamic shape give the car a highly efficient fuel performance, its rectangular frame also added stability. 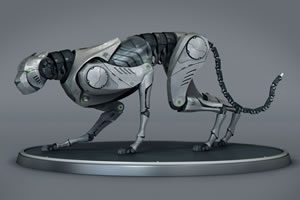 Developed by Boston Dynamics for the Defence Advanced Research Projects Agency (DARPA), the fastest legged robot dubbed the “Cheetah” set a new land record speed for land robots at 18 miles per hour. The concept uses the natural flexing of both legs and back that a cheetah exhibits to increase its stride. A cheetah’s spine is unusually flexible and it curves or flexes with each stride, acting like a spring for its hind legs. The current version of this robot runs on a laboratory treadmill where it is powered by an off-board hydraulic pump, and uses a boom-like device to keep it running in the centre of the treadmill. 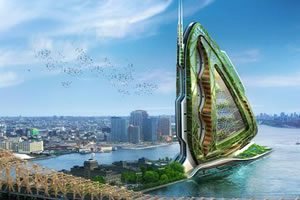 Organic agriculture could eventually provide enough food to nourish the planet if developed on a large scale. Urban farming has become a growing trend among city inhabitants though in a place like Manhattan space to actually carry this through is a major challenge. With no way to go but up, Belgian architect, Vincent Callebaut, developed an incredible urban farm concept that mimics the design of the wings of a dragonfly. The space between the pair of “wings” can use solar energy production to accumulate warm air within the structure during winter months, and the design of the spine can efficiently separate and recirculate waste products from plants, humans and animals. Spanning 132 floors, the Dragonfly can accommodate 28 different agricultural fields for the production of fruit, vegetables, grains, meat and dairy. 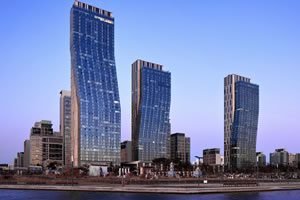 Within the New Songdo City, a series of residential and commercial towers have arisen, drawing inspiration from the honeycomb. To achieve a twisting look yet preventing the tower from buckling in heavy winds, the structure is designed with supporting walls that stagger out and upward from the centre. Just like the hexagonal parts of a honeycomb, the supporting walls hug the core like puzzle pieces, creating a balanced and secure structure with no wasted space. Considered highly controversial for being constructed on an intertidal wetland, the properties consist of six 50-story towers, accommodate state-of-the-art technology, live-in work amenities and retail space; defining the northern edge of the city. 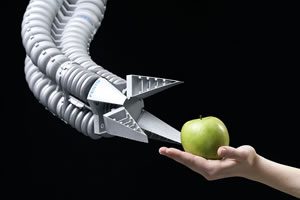 A freely movable handling system, the Bionic Handling Assistant is inspired by the elephant trunk, developing a bionic arm.  It combines a wide range of technologies and components – from manufacturing concepts to series products like sensors and valves, actuators and grippers, to control technology and software for developing applications and products. Its structural resilience allows for safe and direct contact between a person and the machine, forming a stronger and more efficient method of interaction between people and technology. The invention can be used in various situations that require support from machines such as medical technology, rehabilitation and as an aid for the handicapped, as well as in agriculture, private homes and educational institutes. 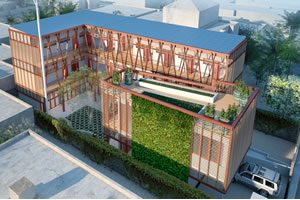 The Haitian kapok tree is able to store water internally and shed its leaves under drought conditions to conserve energy. As they embark to replace an orphanage that was ruined in the 2010 earthquake I Haiti, designers have sought inspiration from that tree to counter the rainy season and humid climate of the region. The centre’s unique deep-set balcony system was modelled after the Kapok tree’s branching support system. The Kapok’s roots are represented by the facility’s below-grade area, which will clean and store water. A porous bamboo layer protects the building’s concrete core; the bamboo’s high surface area and cell-like pockets circulate trade winds and deflect heat.