Several other enhancements to MPIC include:

Stamping and springback prediction is a difficult problem even for experienced analysts. The deep-draw model is done with the minimum mesh density while preserving the physics of the stamping process. The first model (Case #1) here demonstrates an unsuccessful case where the sheet metal was not fully constrained and the stamping process produced an unwanted shape. When a sheet is properly constrained, the desired stamped shape is produced (Case #2). In such high nonlinear process, the material parameters, proper metal plasticity, yield information, and robust kinematic hardening control are critical to correctly describing the Bauschinger effect in the springback behavior.

“Multiphysics for IronCAD continues to address the needs of mechanical CAD users by offering simulation to more users earlier in the design process,” stated Cary O’Connor, Vice President of Marketing at IronCAD. “The latest release of MPIC makes it even easier for assembly analysis to be applied in designs. Our customers will welcome these additional improvements and the other new advances offered by MPIC.”

MPIC capabilities — including stress, thermal, electrostatic and fluids — are included in the IronCAD free 30-day trial, allowing for full evaluation, and then continue to function as a node-limited design validation tool. Even though it is node-limited, MPIC’s strain-enriched finite element analysis technology SefeaTM gives users capabilities to test their products at lower mesh levels. SefeaTM is the newest enriched finite element formulation developed specifically for CAD design simulation using automatic four-node tetrahedron elements commonly used in CAD simulation. It achieves the same accuracy as second-order elements but is more robust, without mid-side-node noise, and requires a much lower computing cost.

Multiphysics for IronCAD is available immediately for download using this link: http://www.ironcad.com/MPICDownload.

Based in Atlanta, Ga., IronCAD is a leading provider of 3D design productivity solutions that deliver the highest levels of customer satisfaction and productivity. Individual components of this solution can be used standalone, complementary within an existing design environment, or can be used together to collaborate effectively throughout the enterprise to extend productivity. IronCAD’s flagship product IRONCAD has won many industry awards for its innovative technology and leads the industry in its ease of use and design productivity. Thousands of customers worldwide use IronCAD to support their success. For more information on IronCAD, call 1-800-339-7304 or visit www.ironcad.com.

@engineersday
Previous Logistics Firm Partners with Field Services and Tech Experts to Enhance 3PL Services for Medical, Industrial and Tech Companies
Next INFINITI Engineering Academy Holds U.S. Finals for the Chance to Work with INFINITI and Formula One 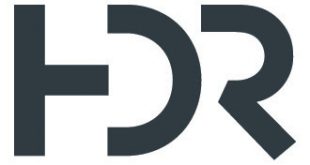 Changing the Methods of Design and Delivery: HDR Releases Book on Data-Driven Design

HDR’s newest publication, “Data-Driven Design,” is now available. Developed to describe an emerging methodology at the organization, the book illuminates the consulting group’s computational design process and how it connects the built environment with predictive analytics and operational design.