A Quote from the Profession of Engineering by Herbert Hoover, President and Engineer

America’s 31st president was a passionate engineer generally credited with the vision for the Hoover Dam. It is not a wonder this impressive structure was named after him.

The following quote was derived from one of Herbert Hoover’s memoirs.

It is a grea 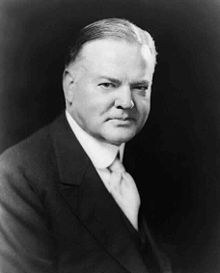 t profession. There is the satisfaction of watching a figment of the imagination emerge through the aid of science to a plan on paper. Then it moves to realization in stone or metal or energy. Then it brings jobs and homes to men. Then it elevates the standards of living and adds to the comforts of life. That is the engineer’s high privilege.

The great liability of the engineer compared to men of other professions is that his works are out in the open where all can see them. His acts, step by step, are in hard substance. He cannot bury his mistakes in the grave like the doctors. He cannot argue them into thin air or blame the judge like the lawyers. He cannot, like the architects, cover his failures with trees and vines. He cannot, like the politicians, screen his shortcomings by blaming his opponents and hope that the people will forget. The engineer simply cannot deny that he did it. If his works do not work, he is damned. That is the phantasmagoria that haunts his nights and dogs his days. He comes from the job at the end of the day resolved to calculate it again. He wakes in the night in a cold sweat and puts something on paper that looks silly in the morning. All day he shivers at the thought of the bugs which will inevitably appear to jolt his smooth consummation.

On the other hand, unlike the doctor his is not a life among the weak. Unlike the soldier, destruction is not his purpose. Unlike the lawyer, quarrels are not his daily bread. To the engineer falls the job of clothing the bare bones of science with life, comfort and hope.

No doubt as years go by people forget which engineer did it, even if they ever knew. Or some politician puts his name on it. Or they credit it to some promoter who used other people’s money with which to finance it. But the engineer himself looks back at the unending stream of goodness that flows from his successes with satisfactions that few professions may know. And the verdict of his fellow professionals is all the accolade he wants.

– Herbert Hoover, President and Engineer
The Profession of Engineering (from his memoirs)

What are some of the feelings you have towards engineering?

Previous A More Effective and Painless Way to Handle Tenders in Africa
Next New article – Power Distribution of Electricity Explained: A Beginner’s Guide