10 books that should be in every engineer’s collection 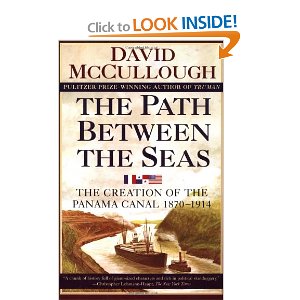 Given the stressful nature of our profession, it is important that one takes some time to relax away from computers, design application and engineering manuals. In those rare moments, immersing yourself in a good book provides needed mental stimulation. These are some of the books every engineer should get:

The Jackhammer Elegies by Stefan Jaeger

A fast-paced book, the Jackhammer Elegies centers around a savvy civil engineer – Scott Carter – who is thrust into the limelight when a terrorist strikes key targets in a city’s infrastructure. After successfully saving the lives of his fellow elevator passengers by applying his knowledge of how the building is put together, Scott Carter comes head to head with a technically cunning terrorist known as Jackhammer. The FBI hires him as a consultant because of his engineering background, teaming him up with Special Agent Michelle Taylor. Together, they have to find a way to stop Jackhammer who is hell-bent on bringing down the lifelines of a city’s public works.

Winner of the Nebula Award for Best Novel and a Hugo finalist, this book is about Leo Graf, an engineer whose life changes when he is taken on assignment to Cay Habitat. When he arrives at a free fall station circling a mining planet to teach welding, he finds genetically engineered inhabitants with an extra set of arms in place of legs. Shocked by the work of a heartless mega-corporation, Leo sets off to use his ingenuity to set these four-armed “quaddies” free.

A twentieth century Polish engineer, Conrad Stargard, finds himself marooned in thirteenth century Poland. Conrad applies modern technology and engineering to modernize the country’s infrastructure in the hopes of preparing to fight off the Mongols. He creates tools and trains an army of soldiers to use these new weapons. Through it all Conrad is investigated by the Inquisition, survives an armed combat with the Champion of the Teutonic Knights, invents the steam engine and cloth factories, establishes universal education, and organizes an army.

Oryx and Crake by Margaret Atwood

Mourning the loss of his best friend, Crake (and the beautiful and elusive Oryx whom they both loved) Snowman embarks on a journey in search of answers. With the help of experimental, human-like creatures called the Children of Crake, Snowman wanders through the lush wilderness that was so recently a great city, until powerful corporations took mankind on an uncontrolled genetic engineering ride. Snowman’s journey takes him back into his own past, as well as Crake’s high-tech bubble-dome, where the Paradice Project unfolded and the world came to grief.

A Single Pebble by John Hersey

Written by Pulitzer Prize-winner John Hersey, A Single Pebble is a novel about a young American engineer who is sent to China to inspect the unruly Yangtze River. He travels up through the river’s gorges searching for dam sites, the river itself is as much of a character as the Chinese trackers who haul a traditional Yangtze junk up the river through rapids, floodwater and narrow gorges. He settles into the ancient way of life of the people of the Yangtze – until the interplay of his life with theirs comes to a dramatic climax.

Set in a monastery that is a giant clock, where people retreat to study science and logic and philosophy, Anathem carries the reader to a world of imagination, intelligence and great scope. It involves numerous ideas in physics, cosmology and philosophy; as well as social commentary, mixed in with science fiction concepts and an adventure as the main characters cope with their own world and try to understand a great secret that will change everything. The book is full of made up words and names, like mathic, praxic and speelycaptor, many of which are defined in the text.

The Secrets of the Lazarus Club by Tony Pollard

Set in London, 1857 imagine a gathering of the finest minds – Isambard Kingdom Brunel, Charles Babbage, Charles Darwin and others – who wish to use their discoveries to change the world. They meet with philosophers, business men and Byron’s grandson, in order to see just how far knowledge can be extended. However, there are those in the club who are out to use it for their own mysterious and black ends. After a series of mutilated corpses are pulled from the Thames, young surgeon Dr George Phillips is first consulted, and then suspected, by police. With his reputation and life on the line, he must unmask the plotters before they unleash on an unsuspecting world an awesome scientific power.

The Fountains of Paradise by Arthur C. Clarke

A Hugo and Nebula Award-winning novel is delves into Vannemar Morgan’s dream of linking Earth with the stars which will require a 24,000-mile-high space elevator. Vannevar Morgan is a renowned engineer whose crowning achievement is the construction of a three-kilometer-high bridge spanning the Strait of Gibraltar, linking Spain and Morocco. But his next project, the space elevator is the most ambitious in human history. The journey of building the space elevator – from fighting for funding to hammering out the flaws in the engineering – is the essence of the entire novel and is captured well by the author.

After a terrifying roller coaster reportedly due to turbulence, a twin-engine commercial jet encounters an accident that leaves 3 dead, 56 wounded, and the cabin in shambles. The plane’s manufacturer, Norton Aircraft, dispatches its Quality Assurance executive, Casey Singleton, to uncover exactly what happened to the plane. As she unravels the mystery of Flight 545, she needs physical proof to substantiate her theory and fights her own employees, reporters, and bosses to find the answers.

A disgraced scientist working as a meteorite hunter, Sam McFarlane is approached by Palmer Lloyd, a New York billionaire who is determined to get one of the largest meteorites ever discovered on a remote island in Chile. Working with engineer Eli Glinn, they form a plan to remove the meteorite without the Chilean government finding out. But as people begin to die, the characters find themselves hurtled in an intriguing cocktail of mystery, adventure that builds up to an explosive climax.

A few years ago, we published a list of books that we thought would make interesting and informative reads for engineering professionals. Over the time that this article has been active, we have observed that the following books have also been incredibly popular with engineers. The following is the list of number 31 to 40 from this list.