In 2002, James Bond drove a transparent Aston Martin in ‘Die Another Day’. Years later, a ‘transparent’ vehicle that projects the outside world on its interior has been developed by Japanese researchers. Dynamism is a key characteristic in the engineering field. It demands that all professionals constantly re-invent the wheel and come up with incredible innovations to cater for the changes around the world. Below is a list of some remarkable developments that have occurred recently within the engineering field: 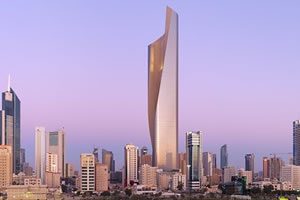 In the heart of Kuwait, Al Hamra Tower dominates the skyline, standing majestically at 412 meters. It holds the record as the tallest sculpted tower in the world and has an innovative design that marks a new era of development and prosperity in the area. The design includes a facade with a 130-degree sweeping turn and two fins that sprout from the top and bottom of the structure in opposite directions. It has a 100% asymmetrical designed exterior covered with 258,000 square meters of limestone over 80 story tall concrete wall and South façade. The towers twisting frame faces south, where the stone clad wall acts as a protective shield from the broiling desert sun. The rest of the building is covered entirely in glass, ensuring optimum views across Kuwait City. 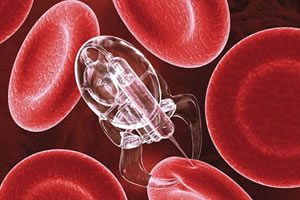 A major challenge faced by doctors administering cancer treatment is the delivery of the drugs to the precise region in the body where the cancer is active. Researchers are now investigating a new nanoscale system that will allow drugs to precisely be delivered at a molecular level within or around the cell. This will allow patients to heal faster and reduce the amount of trips made to the doctor’s office. Furthermore, implantable sensor devices are being developed to monitor responses to the nanoscale treatments and detect diseases like heart attacks. If successfully implemented, doctors will be able to prescribe medication custom made for a patient’s genome, maximizing on effectiveness and reducing side effects. 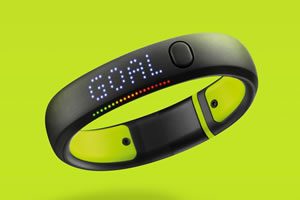 The Nike Fuel Band is not your ordinary wristband: it tracks your daily activities including running, walking as well as each step taken and calorie burned. Users are also able to share information on their work-out with friends on social media sites like Facebook. This is just one example of the increasing usage of sensors to change the way we respond to the environment. From low power sensing technologies, wireless communication between devices and vehicle-to-vehicle sensing for improved safety on the road sensors are also actively used to monitor bodily functions such as blood sugar levels and heart rates. 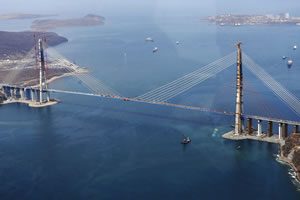 Towards the end of 2012, Russia unveiled the world’s longest cable-stayed bridge connecting the Russian Port city of Vladivostok to Russky Island. Spanning over 3600 feet, the bridge cost Russia over $1 billion and was constructed in just 43 months. The bridge’s A-shaped towers are the tallest in the world, resting on 253 foot deep piles and the world’s longest cable stays covered in UV protective housings and is resistant to local climate conditions of Vladivostok and environmental aggressiveness. 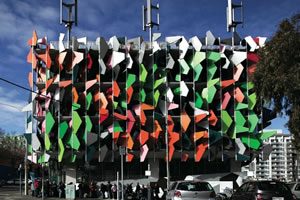 Awarded the world’s highest LEED rating by U.S. Green Building Council, Pixel is a prototype of the world’s future sustainable workplace. Australia’s first carbon neutral office building can generate all its own power and water on site. Solar panels and wind turbines on the roof generate all the electricity the building needs. The distinctive sun shade system, allows daylight to enter the office space while giving protection from glare and heat gain in the summer. It also has smart windows, which open on cool nights to flush the building with air and lower its temperature. 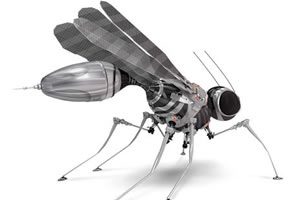 Referred to as the RoboBee project, the first flight of an insect sized robot occurred in 2012, a successful fruition to over 12 years of dedicated research and work. Half the size of a paper clip, the robot weighs less than a gram and has wings made of strips of ceramic which can flap as fast as 120 times in a second. The project is a successful collaboration of scientists and engineers from multiple disciplines such as biologists, materials scientists and electrical engineers. Some applications of this project include distributed environmental monitoring, search-and-rescue operations, assistance with crop pollination and enable a new class of complex medical devices. 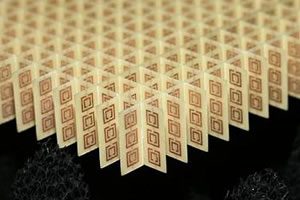 By using certain materials in a certain pattern and shape, researchers have found that they can combine properties of those materials. Metamaterials behavior depends on the properties of the materials that make it up and how these materials are put together. They have the ability to guide light around an object, rendering the object invisible to the human eye. Currently, scientists are trying to device ways to create metamaterials that would help cloak objects such as an aircraft. This would have a phenomenal impact in military operations around the world with the possibility of a stealth bomber invisible to radars. 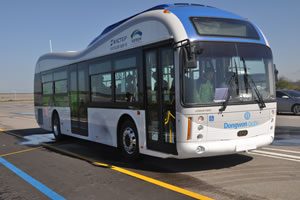 Charged by electromagnetic induction, Online Electric Vehicles (OLEVs) is an environmentally friendly vehicle that allows the transfer of electrical power using magnetic fields imbedded in the roads. Using batteries only a fifth the size used in electric cars, and a power transmission rate of around 80 percent, OLEVs are able to recharge their batteries through electric cables buried under the road. They use their batteries only in emergencies where it is impossible to supply electric power. Online electric vehicles are currently undergoing road tests in Seoul, South Korea. The world’s first wireless electric bus is expected to be in operation from July 2013 in Gumi. 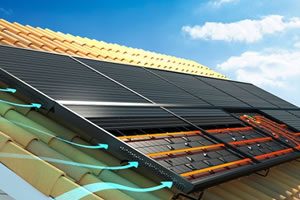 Aerovoltaic technology has no moving parts and does not rely on electromagnetic effects to produce electricity from the wind’s kinetic energy. By using the wind to move electrically charged particles against a voltage gradient, aerovoltaic energy is able to harvest sufficient energy to feed small communities at competitive costs. 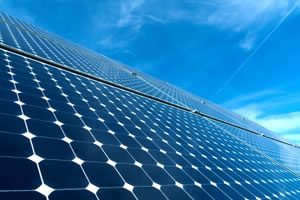