How To Engineer Your Job Promotion

What Traits Do Employers Look For When Hiring An Engineer?

The oil and gas industry is one of the most active sectors in the US economy.  While other sectors are still recovering from the recent economic recession, the petroleum and oil and natural gas companies have remained profitable. The industry itself provides employment to over 9.2 million people including those working in indirect jobs. The prospects in this sector are even more positive considering that with the right government policies in place, the industry could create a further 1.4 million jobs by 2030. Further, according to a recent International Energy Agency (IEA) report, the United States is projected to become the world’s top oil producer by 2016.

The following 10 states are leading the way in this sector:

With more than 5 billion barrels of proven reserves, Texas is the nation’s largest center for oil. The oil and 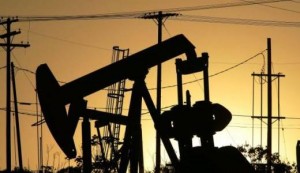 natural gas industry supports 24.3 percent of the state’s total economy and is responsible for 14.3 percent of total employment in the state, both directly and indirectly. In numbers, this represents nearly two million jobs – the highest in the country.

According to the Texas Alliance of Energy Producers, the state’s oil and gas workforce grew 16 per cent, the largest number this century. The growth is driven largely by oil drilling and production in the Permian Basin in West Texas and in the Eagle Ford shale in the South. Current employment records show that the oil and gas industry is the leading job creator in Texas, leading the Texas economy out of recession.

About one-quarter of all jobs in Oklahoma are generated from the oil and natural gas industry. The sector drives an important spillover activity in the manufacturing and business services industries while providing the economic foundation upon which much of the state’s economic success relies.

There are 82,000 energy industry jobs in Oklahoma. The oil and natural gas industry employs more than 3% of the total Oklahoma workforce, generating $28 billion in the state’s personal labor income with an average income of $113,000 annually. It is estimated that nearly half the workforce in Oklahoma are between the ages of 50-60 years old. Only 15% are in their mid-30s or younger.

Louisiana has the greatest concentration of crude oil refineries, natural gas processing plants and petrochemical production facilities in the Western Hemisphere. Louisiana is a key location for oilfield services, supplies and equipment providers, as well service and repair businesses, and oilfield equipment and fluid manufacturers. Due to the state’s proximity to key producing regions, these types of businesses thrive in Louisiana.

Louisiana contains just under 10 percent of all known U.S. oil reserves and is the country’s third largest producer of petroleum. A total of 375,245 statewide jobs are supported by this industry. Employees of the oil and natural gas industry are a critical part of Louisiana’s economy and the average salary is $79, 655. With sensible energy development and sound tax policies, Louisiana could realize 65,635 additional jobs created by 2015 and 87,663 additional jobs created by 2020.

California sits on a massive amount of shale oil and could become the next oil boom state. Running from Los Angeles to San Francisco, California’s Monterey Shale is thought to hold over 400 billion barrels of oil, more oil than North Dakota’s Bakken and Texas’s Eagle Ford — both scenes of an oil boom that’s created thousands of jobs. That potential has attracted the attention of the oil industry.

Several oil companies have put together research teams to work on the Monterey. If the oil exploration takes off, the impact on jobs in the state would be huge. Already 600,000 jobs have been created nationwide over the last few years.

Colorado produced more than 40 million barrels of oil in 2012, the highest production total since 1962. The fossil-fuel industry’s job- growth rate in Colorado in that time reached 19.5 percent, compared with 14.3 percent nationwide. That sector directly employed 43,430 people at 2,300 firms across Colorado in 2012 with an average salary of $100,930.

According to the study carried out by U.S. Chamber’s Institute for 21st Century Energy, shale energy production has already created more than 77,000 jobs in Colorado and is projected to support 121,000 jobs by 2020.

Due to the oil drilling boom, companies are eager to find petroleum engineers and even offer jobs to university students. The average starting salary for graduates is $78,000.

Alaska’s oil and gas industry accounts for approximately 10% of U.S. production. The oil industry continues to be the largest source of unrestricted revenue to the state as Alaska is the only state that does not have either a personal income or sales tax. The Alaska OCS may be one of the largest untapped oil and gas basins in the world. It is estimated that an annual average of 54,700 new jobs would be created and sustained through the year 2057 by its development, with 68,600 during production and 91,500 at peak employment.

Half of Alaska’s jobs can be traced to oil development. Including direct, indirect and induced employment and wages, the oil and gas industry in Alaska accounted for 44,800 jobs. It is estimated that petroleum engineers earn an average hourly wage of$71.64 with demand for one growing by 11%.

North Dakota is the 2nd largest oil producing state in the U. S. Today there are 196 drilling rigs in North Dakota and each rig results in roughly 120 direct and indirect jobs. The average wage in the oil and gas extraction industry is $97,827.

One of the highest demanded professions in the region is for petroleum engineers, with the University of North Dakota opening up a new program to address the shortage within the field.

Wyoming is a leader in advancing technology for unconventional oil recovery. With vast oil and natural gas deposits over 61,065 jobs are supported by this industry. Employment in the oil and gas sector is 11 times greater in Wyoming than the typical state.

The average salary for a petroleum engineer within the region is $98 280. By 2015, the industry will generate an additional 61,289 jobs. The demand for petroleum engineers is projected to rise by 6.5% by the end of 2013.

New Mexico is one of the top energy producing states in U.S. The fossil fuel energy industry, led by oil development, has made a strong recovery since the recession.

New Mexico’s mining industry, which includes oil and gas exploration, accounts for 2.4 percent of the state’s jobs, the report said. A total of 79, 389 jobs have been generated thus far from this sector with the average salary placed at $70, 794.

In 2010 there were about 280 petroleum engineers in New Mexico. The Department of Workforce Solutions estimates that by 2020 this number will increase by about 23 percent. The national average annual salary for a petroleum engineer is $141,996 per year.

The Mississippi Lime formation in Kansas has hundreds of workers flocking the state in search of high paying jobs. Due to the latest U.S. new technologies like horizontal drilling and fracking that is turning lands once thought to be sucked dry of oil and gas into vast untapped reserves, businesses are coming back from the dead.

Already, more than 500 new jobs have arisen from oil companies in the past year and the growth is expected to shoot up even higher than the oil boom witnessed in North Dakota. Many of the slots have been filled by out-of-state workers, leading to the county’s first population increase in more than 100 years.

The average oil worker salary is nearly $100,000 nationwide. Even high school graduates make an average of $60,000.

Increasingly, the engineering environment seeks individuals who possess the disciplined and precise approach of engineering …