Following our initial moments of genius article which profiled the likes of Isaac Newtown and Archimedes, it dawned on us that there have been other similar moments of genius. Though not as celebrated falling of an apple kind of eureka moments the following moments of genius brought solutions or answers that have had a profound impact in this world. As previously mentioned, an eureka moment is simply the culmination point following a series of experiments, discussions or study. The length of time that took one to reach this point varies, from idea to idea. Some took a few months, other several years while other took decades. Such was the case with Dmitri Mendeleev. 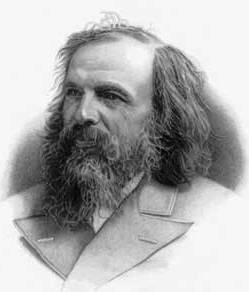 Dmitri Mendeleev was a Russian aristocrat and academic with a vested interest in the basic elements of the universe that combine in all manner of forms to make up physical matter. The seemingly random properties of these building blocks and how they related to each other was an elusive concept that Mendelev was unable to explain.

It so happened that one day Mendeleev after listening to his family attempt to play chamber music, he slept while the music was still playing in the background. And then he had a dream. In this dream, Mendeleev had a vision of the basic elements of the universe flowing together in a manner akin to the progression of a musical sequence, orderly and beautiful. He awoke and outlined from his dream every element in order. This sequence became known in Chemistry as the Periodic Table of Elements. 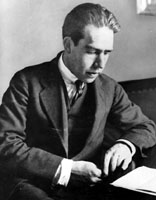 Niels Bohr was a Danish physicist who won the 1922 Nobel Prize in Physics.
When he completed his doctorate in physics, Bohr gained notoriety in the physics fraternity due to his knack of being able to decipher complex problems that for much time had frustrated his peers and colleagues.

Bohr focused his attention to the atom and its structure. In his attempt to understand the atom, he came up with many varying frameworks as to the configuration but none seemed to fit.

One evening Bohr had a dreaming about atoms. In this dream, Bohr visualized a nucleus of the atom with the electrons spinning around it, just as the planets do around the sun.

The dream led Bohr to his lab in an attempt to confirm the revelations. A series of tests led him to confirm the now famous Bohr model of the atom, which depicts the atom as a small, positively charged nucleus surrounded by electrons that travel in circular orbits around the nucleus—similar in structure to the solar system, but with electrostatic forces providing attraction, rather than gravity. 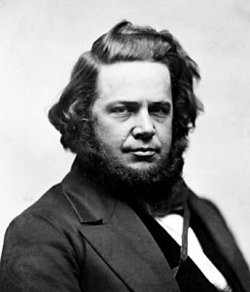 Inventor Elias Howe had a great idea about a machine that could be used for sewing. His concept consisted of a needle attached to a machine that would go through material. Initially, Howe tried using a needle with a sharp point at both ends and an eye in the middle, but it failed.

Howe was not able to come up with a working model. At one point in a dream, Howe saw himself being taken prisoner by a group of savages. He watched as these men danced around him with spears and noticed that each native’s spear had a hole near the tip.

When he woke up, Howe instantly recognized that the dream had solved the problem to his proposed sewing machine. The solution: placing a hole at the tip of the needle, the thread could be caught after piercing the material. He instantly altered his previous and made a product that worked.

Previous DISCUSS: How can Engineering Help Developing Nations Solve Critical Problems?
Next 3 Questions for an Engineer