Marked by technological and industrial developments that affected the way people live and work, the Industrial Revolution happened in two stages: at first it took off with the mechanization of labor in Great Britain while the second phase focused more on technical improvements that led to more complex engineering inventions all around the world. Mass migrations took place as people moved out of small towns and villages to get work in factories. Rather than make goods at home, people started to purchase mass produced commodities made in factories and industries. Some of the greatest engineering inventions that marked this period are highlighted below: 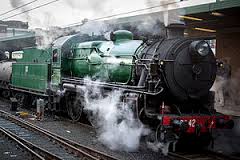 Playing a central role during the Industrial Revolution, the steam engine was able to harness the energy of steam to move machinery, providing an outstanding source of power for factories, mines and transportation. Through a series of incremental improvements, the steam engine paved the way for developments for more sophisticated heat engines as well as the large-scale generation of electricity. A Scottish engineer, James Watt, developed a fully functional atmospheric steam engine that eventually played a significant role in the progress of the revolution. At first it was used to remove water from mining holes but as they gained popularity, engineers found new uses for this invention leading to other developments of the Industrial Revolution, including the first steam-powered locomotives and boats. Steam engines are still used today to run nuclear power plants. 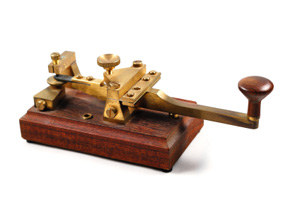 While it is difficult to envision a world without mobile phones, the Industrial Revolution primarily relied on the telegraph to send communication from one point to the other. The telegraph was made up of a wire that stretched from telegraph to telegraph, making it possible for telegraphs to send messages and receive messages. It also had electrical impulses that created clicks and a Morse code that would interpret the markings produced by the machine. While letters took days and months to arrive at their destination, the telegraph allowed messages to be transmitted instantaneously, becoming ever efficient to transmit complex messages. It also allowed news media and governments to share information more quickly. Eventually, the telegraph allowed countries to connect, a huge feat at that time. 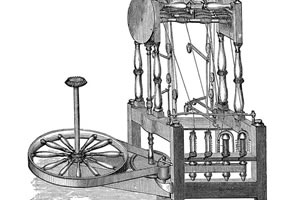 Regarded by some as a key catalyst of the Industrial Revolution, the water frame was developed by Thomas Highs and later patented by Richard Arkwright. Enabling the production of electric power, it rapidly increased the production of finished cotton. Noting that hand loom weavers could not keep up with the demand for cloth, Richard set out to design and produce a much larger spinning machine. The water frame emerged, a spinning frame that could be run by water and provided more power thus reducing the amount of human labor required. However, the water frame was too large to be placed in a cottage and had to be moved into a larger space that was called a factory. These early water powered factories became known as mills. 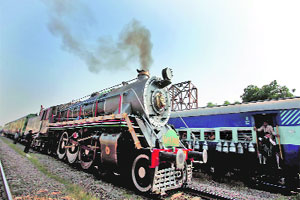 Richard Trevithick unveiled a steam-powered engine in 1804 that was powerful enough to run locomotives on rails. His ideas were developed by George Stephenson, an engineer in the mining industry, who developed more powerful locomotives that helped establish the first two rail lines in England. The steam powered locomotive had engines that operated on a system of wheels rotated by a steam-driven piston. The locomotive changed the way cargo was transported across land, allowing increased communication and trade between places that were once deemed too far. It became an icon of success across the globe, as other countries quickly followed suit to maximize the benefits of this invention. 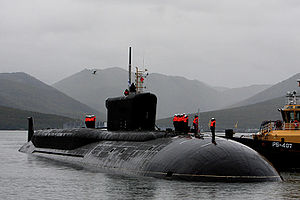 David Bushnell was the inventor of the first submersible vessel he called the ‘Turtle’ because of the way it rested in the water. Risking his life many times to build a machine that could serve his country in combat, the Turtle floated on the water and the operator could pump in fresh air through a leak-proof intake valve before submerging. Almost 8 feet tall and 6 feet wide, it was made of oak reinforced by iron bands. A single operator entered through an airtight top hatch. He sat on a stool inside, and maneuvered it with 2 hand-cranked propellers. While further modifications were eventually made to his model, David Bushnell’s invention was highly revered by America’s Founding Fathers. 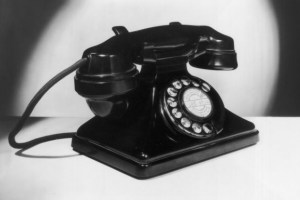 Known as the inventor of the telephone, Alexander Graham Bell’s creation was accomplished after several experiments and trials. While the telegraph had become a key form of communication, the telephone quickly overshadowed its use as it allowed the transmission of the human voice by means of an electric current. Messages could be conveyed around the world in a matter of seconds and long distance communication began to thrive. 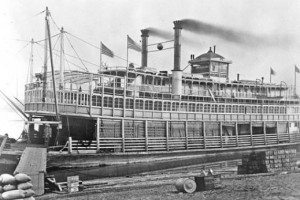 Credited with creating the first steamboat, Robert Fulton changed the way and speed in which materials were moved. Building up on the steam engine, this invention profoundly affected the Industrial Revolution, influencing the marketplace by allowing the transportation and trade of goods between different countries. This eventually led to increased dependency on manufactured goods and factories continued to thrive. 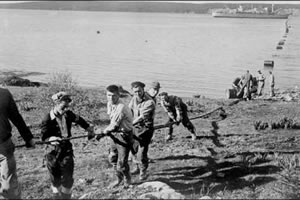 Proposed by Samuel Morse as early as 1840, the idea behind the transatlantic cable was to provide instantaneous communication between Europe and America. Cyrus Field successfully laid the first telegraph cable across the Atlantic Ocean. It took several attempts before it started to work properly. During one of the attempts President James Buchanan and Queen Victoria exchanged formal introductory and complimentary messages. However the cable was weak and Cyrus Field had to try again. Once he achieved success, he went on to promote other oceanic cables. 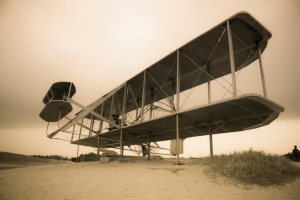 In 1903 the Wright brothers successfully launched the first airplane, enabling more people to travel to further distances within a shorter period of time. The airplane changed the face of personal and business travel as well as dramatically altering warfare. During the Industrial Revolution it made it easy to travel across bodies of water without boats which then it transport people and supplies. 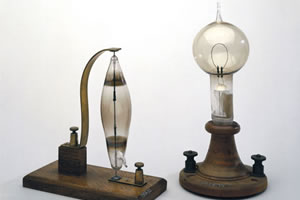