There are 5 ships in a port: 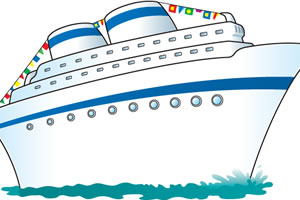 New Brain Teaser – What is that number?