With the current high-demands for fuel sources (and the speed at which they’re harnessed) it is absolutely no wonder that the demand for offshore oil is at an all-time high. It is also little wonder that the oil companies are rushing to step up their offshore production facilities.

And as this demand for further productions units increases, both new sites and the replacement of older rigs, the demand for vessels to complete the work inevitably goes up with it. One of the most prominent vessels that, having been in construction over the last six years to help meet this demand, is the renowned Pieter Schelte pipelay vessel from Allseas. 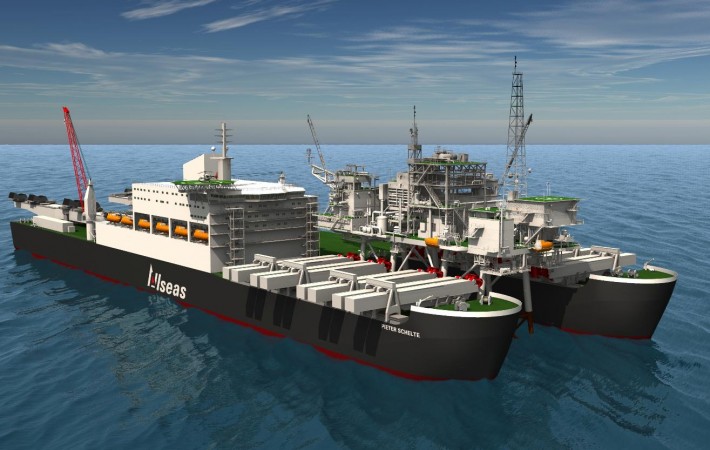 Why This Ship Is Significant & What The Project’s Aims Are

Designed by Deltamarin, the significance of this project cannot be understated; once completed, it will be the world’s largest pipelay vessel, and will have both the size and hydraulic lifting equipment to deal with sizable decommissioning and installation projects.

With the ability of dealing with single lifts of around 48,000 tons, the concept behind its design is provide a vessel for single-lift installations and removals of offshore production platforms for gas and oil production.

Through its size, amount of equipment and unique twin-hulled design, the Pieter Schelte is designed to be a comprehensive pipelay and installation/decommissioning vessel capable of dealing with large loads and projects with a fast turnaround. It’s this design and capability that makes the Schelte so advantageous.

By providing large load handling and single-lift capabilities, the Pieter Schelte is able to drastically reduce the number of man-hours it takes to complete an installation or decommission a platform and, with minimizing the time spent offshore, the overall effect of this is a safer, faster and much more cost-effective project.

How The Project Is Developing

The development of the Pieter Schelte began in 2007, with the basic design of the lifting systems completed by the end of the following year. Since then, the main hull of the ship was constructed, and both the 95MW of engine power (supplied by MAN) and the ship’s twelve thrusters (manufactured and supplied by Rolls Royce) were added to the project by the end of 2009.

In the more recent years of the ship’s construction, it has left its dry dock and final work on the ship’s starboard and portside hulls has been carried out. While it’s behind its original scheduled project finish date of the end of 2011, its completion is imminent and the final stages of its production are being completed in South Korea at Daewoo Shipbuilding and Marine Engineering (DSME).

So while this record-breakingly large pipe laying vessel was original designed with platform removal in mind, and is scheduled to start its first project using this, its unique features, size and innovative engineering design allow it to deal with the increasing demand for new platform installations.

This guest post was written by Tom McShane, professional blogger working with Apex Hydraulics. Apex were involved in the development of the Pieter Schelte, providing the ship’s hydraulic cylinders on the A&R Winch.

Previous The Panama Canal
Next Engineering Jobs in India